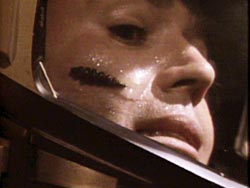 Those of you who actually believed the nonsense about the live music task force regulations being the result of condo dwellers who didn’t like loud music ought to think long and hard about the fact that the first apparent casualty of the ordinance isn’t downtown; it’s in the area covered by Jack’s neighborhood associations, viagra approved just like I told you.
Excerpt from the post:

On Saturday, April 10, 2009, an APD officer arrived at Freddieâ€™s at 7:15 pm and told us that he was there to check our decibel readings. Our ambient sound level (with no music playing) was 67 db. Our sound level with the band playing ranged from 74 db to 80 db. The officer explained that the 1st time out (this time), he would issue a warning. The next time we would receive a citation which would result in a $500 fine. He stated that the 3rd time they come out, they would take someone to jail.
This was “the day the music died” at Freddieâ€™s. We immediately stopped the band and have subsequently cancelled 83 bookings which were already on the cards for 2009. The 83 bookings represent over 200 Austin area musicians who no longer have a gig at Freddieâ€™s.